Relative and absolute poverty on the Isle of Man – it’s here but it goes unnoticed.

That’s the view of two Isle of Man Foodbank users, who have spoken to Manx Radio anonymously.

Relative poverty was discussed on Sunday’s (1 Sept) Perspective programme – and over the political summer recess a government report on the experiences of poverty in the Manx community has been under scrutiny.

Julie, who’s the north of the Island, and Mary, who lives in the south – not their real names – have been opening up about how they came to find themselves in place of poverty:

Policy and Reform Minister Chris Thomas is one of the key figures behind government’s efforts to tackle poverty on the Island.

Julie and Mary – not their real names – feel there’s an unseen issue on the Island, which is being ignored by government.

“MHKs need to open their eyes and see what’s going on, on this Island”

And having heard from these two different women, what is Mr Thomas’ reaction?

Both of these real, anonymous, examples told us how grateful they were for the services they’ve received at the foodbank. 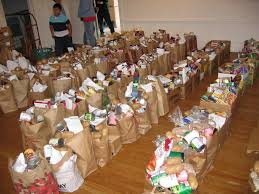 But, is it government’s line that, ‘thank goodness we have charities to step in,’ or should government be more proactive than that?

We put the question to Mr Thomas – watch the full interview below: